The course for stage seven was brutal. The hill in the middle of the course completely shredded the group, leaving the race in shambles. The relatively steep climb was followed by a short, curvy, very fast descent that went straight into a left hand turn. Even the homestretch was slightly uphill. At any given point in the race, there were riders falling off the back. The race was really a war of attrition. It was hard to tell where riders were in terms of standings and position because everything was so spread out. 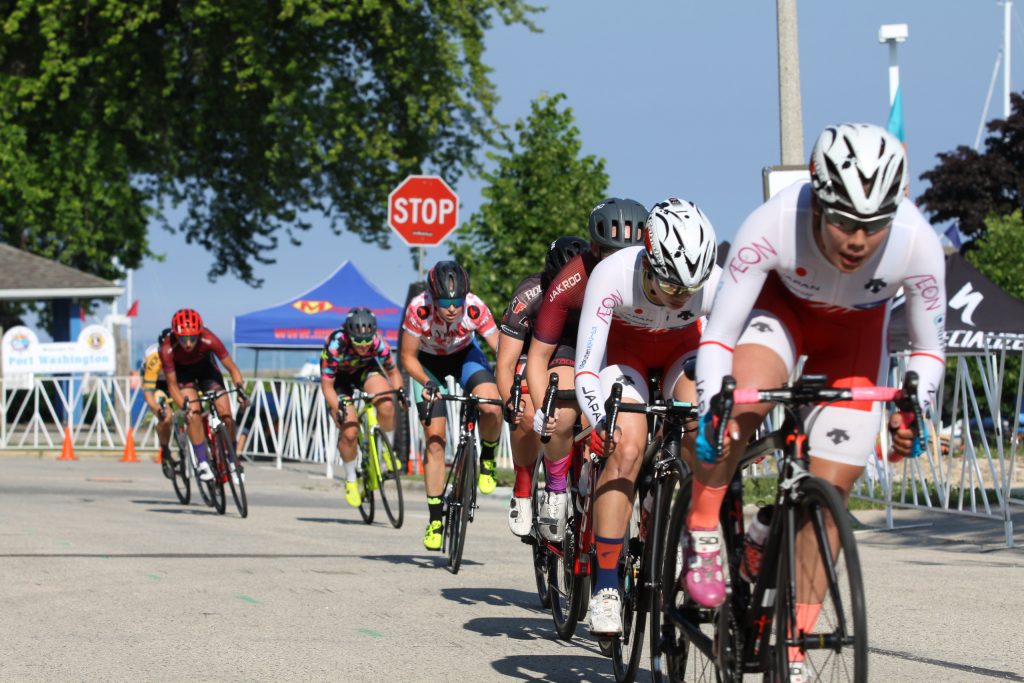 After a week of racing, the riders were already tired. With a hill thrown in, it was bound to be an action-packed day of bike racing. Within the first 20 minutes or so, riders were already getting pulled from the race. For those who remained, it was hectic. Someone would attack to get ahead on the climb, they would get pulled back, maybe attack again, and then get dropped and pulled from the race. Even the race leader, Peta Mullens (Hagens Berman Supermint) had a rough day. She ended up in the pit (technical service tent) and never really quite caught back onto the bunch. Mullens was pulled from the race at 14 laps to go and lost the omnium points leader’s jersey to Katie Compton (ISCorp Pro Cycling).

Probably the best story of the day was how Rebecca Wiasak won the stage. In U.S. crit racing, if you have a legitimate mechanical problem with your bike (something physically breaks on your bike or you get a flat tire) you get a free lap to get back on and you’re not marked as a lap behind. Later in the race, Wiasak’s chain jammed. She went to the pit and got everything fixed. However, since nothing was actually broken (or deflated for that matter), she didn’t get a free lap, and so she had to chase like mad to get back to the main bunch in time. Meanwhile, Valentina Scandolara (Roxsolt Attaquer) had attacked and subsequently blew up. But she and Wiasak began to work together, pacing each other back to the peloton – even though they’re on different teams. Wiasak stayed near the front and won the sprint in the final ahead of Sharlotte Lucas (Roxsolt Attaquer) and Laura Jorgensen (Feed Hungry Kids Project). Rachel Plessing (ALP Cycles Racing) stays in the category 2 leader’s jersey.

The riders continue on a – hopefully – less brutal course on Thursday at the Shorewood Criterium Cycling Classic.

On a perfect Wednesday evening in Port Washington, 115 riders set off to try to win the very tough, seventh stage of the 2018 Tour of America’s Dairyland p/b Kwik Trip. From as early as about fifteen minutes into the race, riders were getting pulled after falling off the back, exhausted. The field shrank in size to under 50 riders by the end of the stage. With four laps to go in the race, the Australian, Cameron Ivory (GPM-Stulz Australia) attacked off the front of what was left of the peloton. Ivory was a master on the steep course and stayed away for the rest of the race winning solo about five seconds ahead of the main field.

Throughout the race, riders were dropping like flies. The climb certainly didn’t help (it didn’t help most riders that is). The course was almost ‘L’-shaped with a steep climb right off the bat. There was a sharp right hand turn onto the descent. The descent down Franklin Street was short, curvy, and very fast. The run up to the finish line was on slight incline too. At some points during the race, wind off the harbor lowered the temperature into the mid 60s. From the beginning, the peloton was spread out, riders riding single-file. 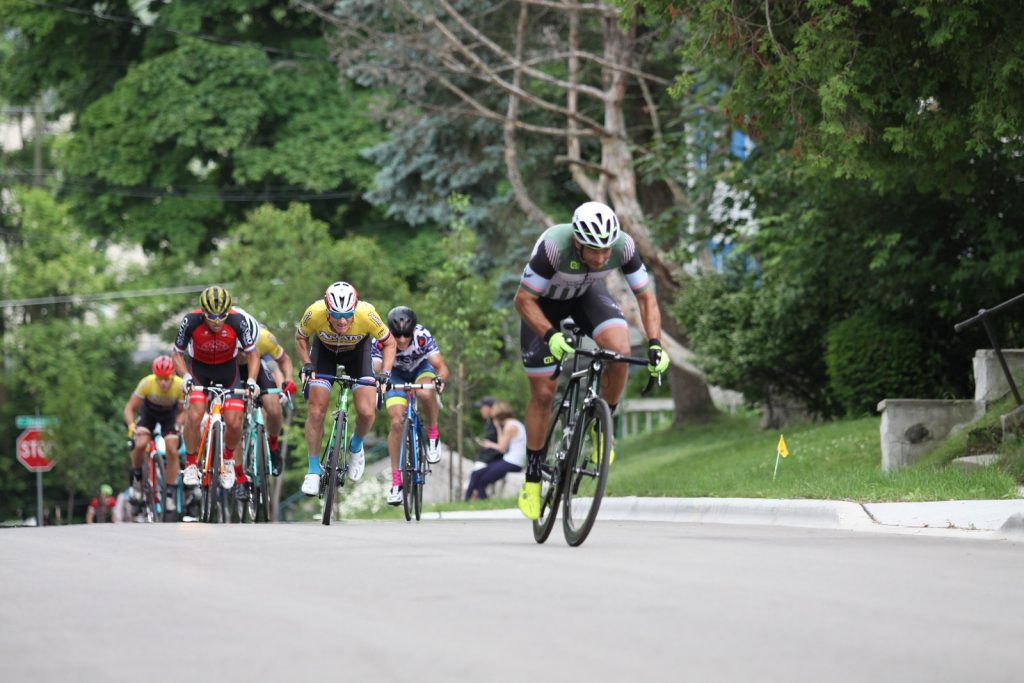 After a challenging week of hard racing, many of the riders were worn out. The hill proved to be a real struggle. Even Hayden Strong (Bissell AGB Giant), the person who won Tuesday’s stage with borrowed shoes that were 2 and ½ sizes too big (he had to stuff plastic bags into the toes) struggled and had to be pulled from the race. For the remaining riders, it only got harder. There were a few riders working to try to catch back on for a good part of the race – including a past stage winner, Wilmer Ulloa. These were the riders who, every time they completed a lap, they would make eye contact with the chief referee, in the hopes they might get pulled. They could’ve just dropped out on their own, but wouldn’t have recorded a time if they dropped out – racers can still earn omnium points and get scored if they’re pulled out.

The remaining bunch kept the pace up. Lots of small groups of riders attacked to go off the front. Sam Fritz (Above and Beyond Cancer p/b Scheels) and Colin Strickland (Meteor X Giordana Racing) were one group. There were also groups of four or five riders at times who went off the front. Strickland was a determined rider. He went crazy going off the front, sprinting to get away with 17 laps to go. Once he was caught, his teammate Michael Sheehan went off the front with Sam Fritz with 8 laps to go. They got caught and finally with four laps to go, Cameron Ivory got away and stayed away through the final. He won the stage and couple of primes too, while Luke Mudgway (H&R Block Pro Racing) kept the omnium points leader’s jersey. After the race, Cameron Ivory said the climb and the course really suited him. He comes from mountain biking and while the hill was hard for many riders, it actually helped him get the win.

The cyclists continue on the eighth stage of 2018 Tour of America’s Dairyland p/b Kwik Trip on Thursday at the Shorewood Criterium Cycling Classic.