A very exciting and semi-wet women’s pro race kicked off the 2018 Tour of America’s Dairyland p/b Kwik Trip Thursday afternoon. Miho Yoshikawa (Japan Cycling Federation) took the win in a sprint among the riders in the breakaway of the day. Yoshikawa had been in the break since its beginning, hiding her cards until the right moment to unleash her sprint in the home stretch, overtaking her two breakaway companions, Nicola Macdonald (Fearless Femme Racing) and Katie Compton (ISCorp Pro Cycling). 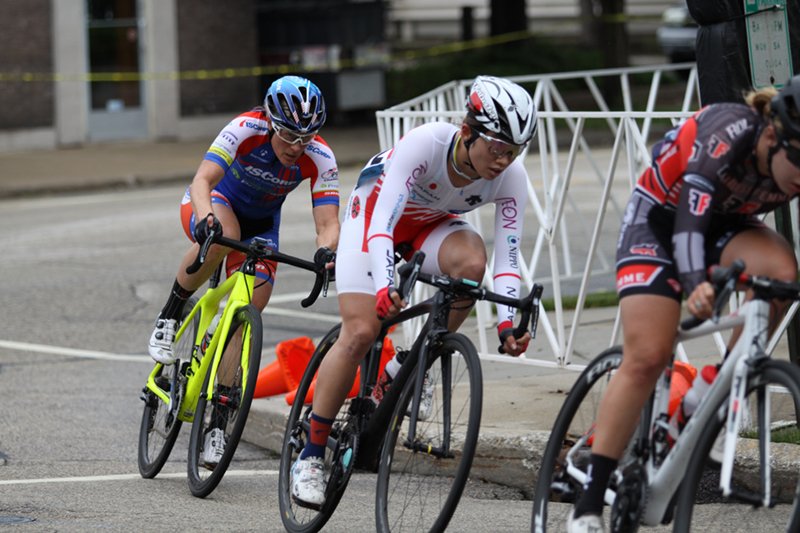 Stage #1 of ToAD was run in Kenosha on a flat, classic 4-corner criterium course. When the race started it was cold and a little rainy, but by the time the race ended the roads had mostly dried – although, it was still pretty cold and windy for the first day of summer. A few groups of riders went off the front before a breakaway really stuck. About halfway through the hour-long stage, a group of five riders including eventual race winner, Miho Yoshikawa and 14-time American cyclo-cross national champion, Katie Compton. With 18 laps to go in the race, two riders were dropped from the breakaway, leaving Compton, Yoshikawa, and Australian Nicola Macdonald out in front.

The breakaway’s lead fluctuated throughout the rest of the stage and the breakaway was about a half lap ahead with two laps to go. By this point, it was decided the winner would come from the break. It was just a question of who would be the fastest in the group. In a sprint between the three women, Miho Yoshikawa put speed on Macdonald and Compton to take the stage win and overall omnium points lead. There were eight primes up for grabs in the race, 3 were won by Georgia Baker of the team Fearless Femme. The Oarsman Capital Cat 2 leaders jersey went to Rachel Plessing of ALP Cycles Racing.

One hundred seventeen Pro/1/2 riders took to the streets of Kenosha on a very brisk Thursday evening for the opening stage of the 2018 Tour of America’s Dairyland. In a sprint between the riders in the breakaway, Michael Sheehan (Meteor X Giordana) took the win, ahead of John Borstelmann (Embrace the World Cycling) and Luke Mudgway (Cycling CHB). Even before the final sprint, the hour-and-a-half long stage was extremely fast. During the majority of the race, riders were hitting around 30 miles per hour (48 km/h). 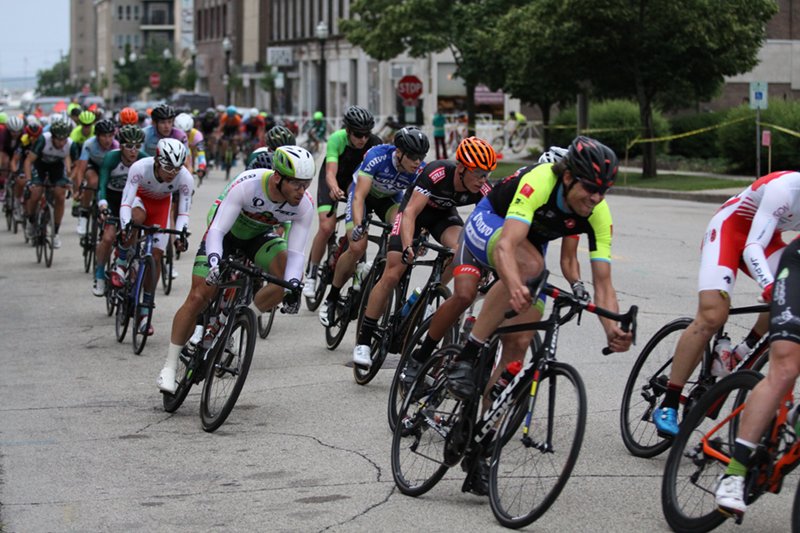 The breakaway of the day survived until the end, but not without a challenge. It took many, many, many attempts to form a breakaway before the final group of four riders, containing Luke Mudgway, Michael Sheehan, John Borstelmann, and Alex Mclaughlin, got away. It was a very strong breakaway, so strong that towards the end of the stage, the break came close to lapping the peloton. However they lost a lot of speed in order to avoid lapping the bunch. If they had to pass the main group, they could easily lose track of each other, leaving themselves open for attacks.

Coming into the home stretch it certainly looked like Mudgway had both Sheehan and Borstelmann edged him out in the final few hundred yards, with Sheehan from team Meteor X Giordana snatching the win and coming out with the overall omnium points lead. There were many primes in the men’s race, all of them won by different riders. Alejandro Villada of INTENT won the Oarsman Capital Cat 2 leaders jersey.

The racers pick it back up again on Friday at the East Troy Cycling Classic.